Can cannabis save the South African economy? 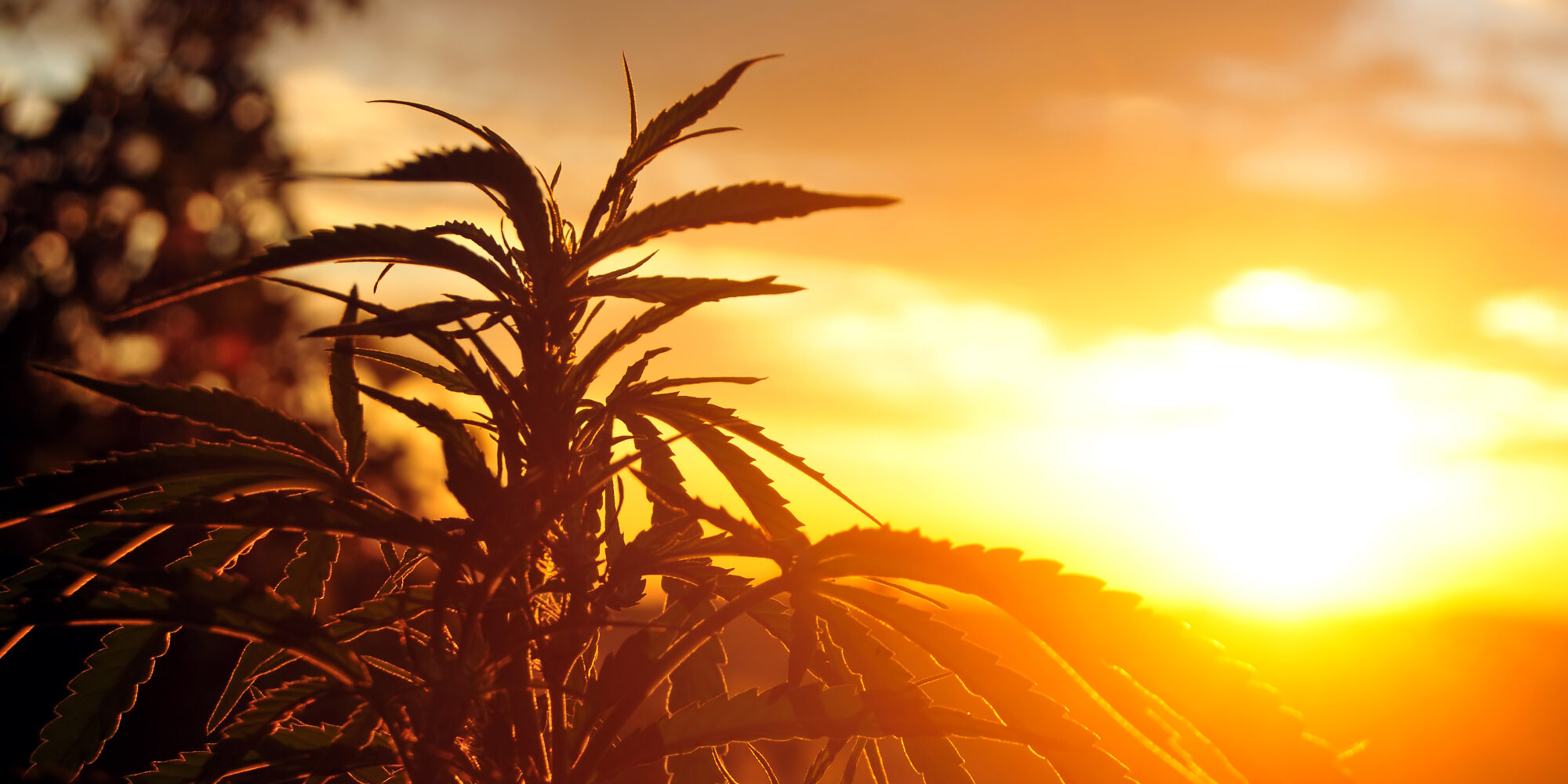 There are already some pretty convincing motivations based on sound economic research from cannabis lobbyist groups that outlines how effective the de-legalisation of cannabis could potentially be in the effort to restore South Africa’s economy again under the “new normal” in the wake of COVID-19. Unfortunately, as a country, we also are disastrously encumbered by legislators that are asleep at the wheel.

So why is cannabis suddenly so relevant in South Africa?

The COVID-19 pandemic has had a catastrophic effect on South Africa’s economy coupled with a succession of government blunders and a pre-existing recession the many communities of South Africa are in a dire state of affairs.

Large swathes of the small to medium business sectors like wine, tourism and tobacco that would ordinarily attract international cashflow have sat dormant through months with thousands of associated workers being displaced.

By far the hardest hit has been low-skilled workers that have been forcibly confined to small shacks in informal settlements.

The estimated direct job loss as a result of COVID-19 runs far beyond 1 million individuals with the total country unemployment figures in excess of 7.7 million people (a rate soon to exceed 30%). Unemployed means that these South Africans will become reliant on the remaining taxpayer pools. The knock-on effect to the already stretched state police, legal, aid resources is dire. The South African Reserve Bank estimated GDP to drop of over 6% as a result of the pandemic alone.

Would the complete legalisation of cannabis in South Africa enable the country to create the jobs to make up for the deficit? The African continent is estimated to export upwards of 38,000 tonnes of cannabis per year to international markets in Europe, USA and UK.

With unemployment rates so high one of the most traditional “workers” means of generating income across Southern Africa is to grow and sell cannabis (irrespective of the law). Which means making the decision to fully legalise commercial production of cannabis a no-brainer for local and international business investment prospects.

It is estimated if unregulated 1ha of hemp, can be harvested two and a half times a year, can create four sustainable jobs and net farmers a profit in excess of R80,000. As a harvest, native hemp requires very little water or management as local strains are acclimatised to surviving the weather conditions of South Africa.

Is there an opportunity to leverage South Africa out of the ashes of COVID-19 and become a player in the global economy again?

South Africa is a country rich in sunshine, land, cheap labour with incredible employment and export potential for cannabis. South Africa has drought-resistant cannabis strains that have been acclimatised over hundreds of years. Due to the ubiquitous nature of cannabis across Southern Africa a skilled “workforce” already exists in abundance.

On every commercial decision level cannabis being legalised in South Africa speaks to alleviating the economy. The local African cannabis market is estimated to be worth a direct R27bn-R30bn to the economy by next year. But that is not where SA will see the true value of de-regulating cannabis for all.

Ironically that very legislation and “the global war on drugs” has bee championed globally by the United States and it is the very same United States that has become one of the forerunners of legalised cannabis.

Lesotho has already “broken ground” and granted a commercial licence for the cultivation of medical cannabis. For anyone that failed geography, Lesotho is a country that is landlocked by South Africa. So it cannabis is technically already being legally cultivated inside of South Africa by King Letsie III.

Currently, more than 30 countries have legalized cannabis for medical use. Every day that South Africa drags its feet on the legislation is another day lost in commerce and another opportunity to become a global player in this market is lost.

Where does this leave South Africa?

It is still a crime to commercially grow dagga or refine it in South Africa outside of personal use.

The legislation around personal use is so flaky that not even the police fully understand what is going on resulting in wrongful arrests. While legalised for per

So the cannabis industry must still operate underground and, crucially, the state cannot benefit from the cannabis-growing business.

Anti dagga laws are the racist, instruments designed to victimise the poor and are anti-humanitarian.

So what does fully legalising cannabis in South Africa mean?

While Cannabis has been decriminalised by South Africa’s Constitutional Court in 2018 for personal recreational, medicinal or traditional use by people over the age of 18 still cannot produce and sell it locally or internationally.

The relaxation of the 98-year-old law did very little to alter the existing landscape for cannabis in South Africa, while it marked an important turning point toward the inevitable full legalisation. South Africa is still lagging horribly behind in the development of cannabis for medicinal use as the government remains asleep at the wheel.

Due to the present embargo on hemp production, South Africa still has to import 90% of it’s CBD products in spite of them being completely legal. The handful of licenced growers in SA can ONLY produce cannabis for export, which means that 250+ products that South Africa could be producing itself HAVE to be imported and this includes around R6bn of plastic is imported from China.

With 7 odd million South Africans Cannabis consumers, further ambiguity in the legislation and/or re-criminalization would not serve logical or constitutional ends for the betterment of all South African’s.

While the employment and cash crop potential of cannabis in South Africa’s failing economy unilaterally outweigh all arguments to reinstate the discriminatory legalisation that has been in effect since 1922.

As it stands right now.
Cannabis is legal to cultivate in your private residence for private use. Licences to produce are ONLY granted to a handful of growers that are non-commercially restricted in their operations. The barrier to entry or heavily legislated cost of R25000 to apply for the licence rules out most rural or low-income applicants.

Due to the illegality of the sale of cannabis even people who have a hemp licence but can do nothing with the product once they’ve grown it.

The grey areas of legislation means that by keeping cannabis regulated we are unable to free policing, penal and legal systems from having to enforce the legislation. These three systems place incredible burdens on the taxpayer and local economy as the enforcement of law on a plant that is so widespread is nearly impossible.

Total de-regulation enables policing, prison systems and the courts of South Africa to finally focus on actual crime which is most often perpetrated by poverty and lack of jobs.

Hemp and our ecology
Hemp absorbs carbon dioxide and the phytoremediation properties of cannabis vacuum toxins, like chemicals or heavy metals, from the soil and groundwater. Strategically planted cannabis crops can play a significant role in restoring the ecology not only of farmlands but more specifically ecological disaster areas where pollution or industry have played havoc to the environment.

The acid mine drainage left behind by the mining industry has pillaged South Africa soils and poisoned critical water supplies costing taxpayers billions in recovery. After the Chernobyl Nuclear Disaster in Ukraine 1986, hemp was planted to clean up the soil around the site and has been used extensively in many applications to essentially breakdown destructive environmental pollutants with great success. 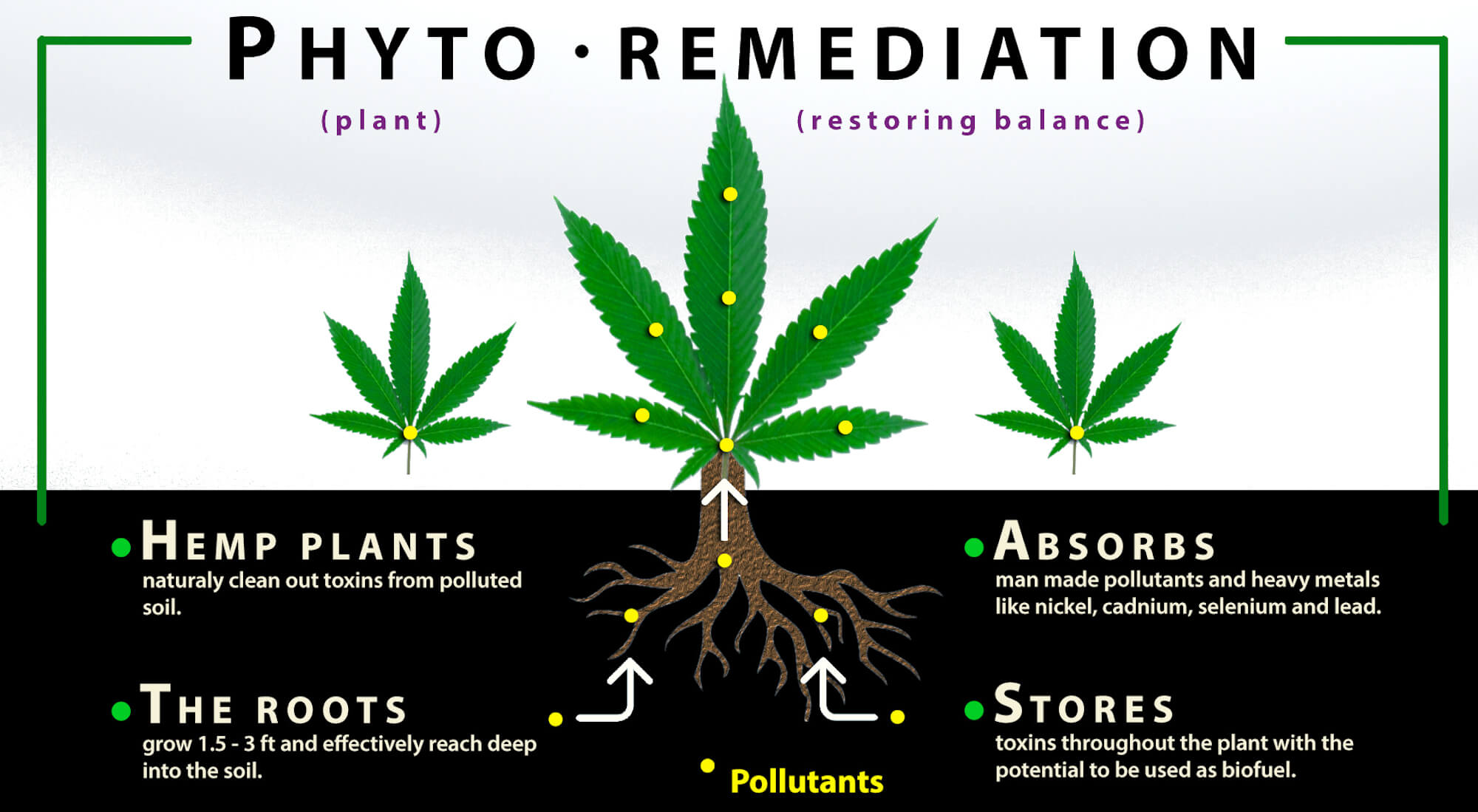